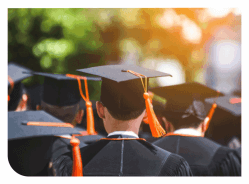 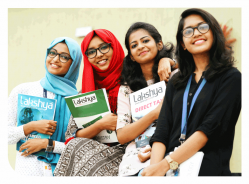 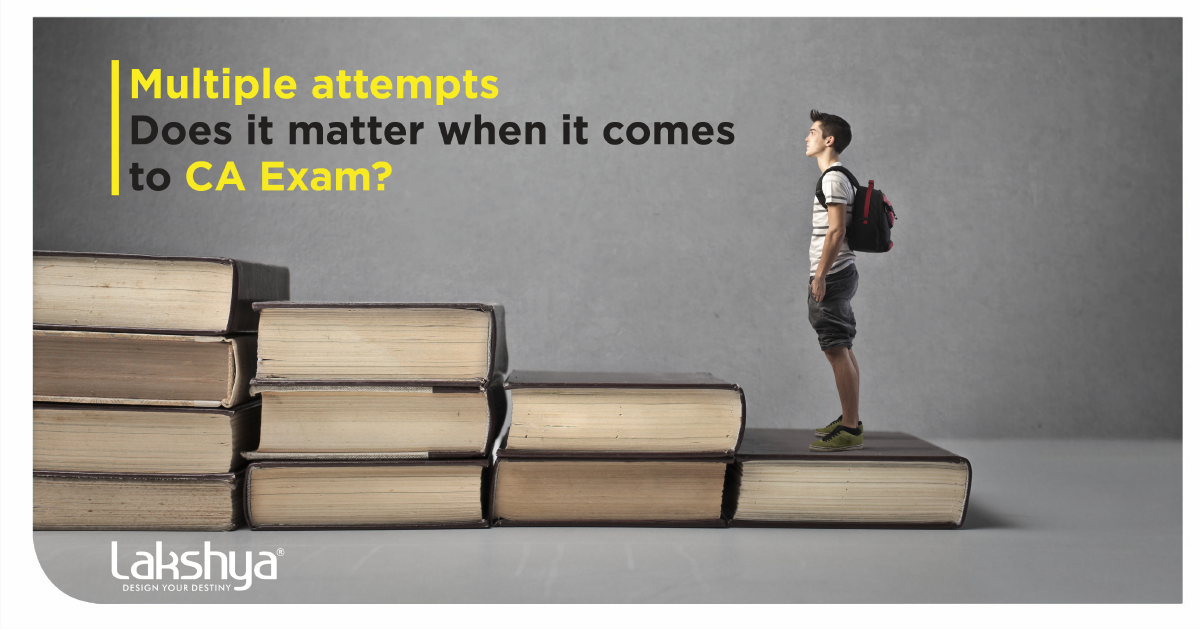 Multiple attempts - Does it matter when it comes to CA exams?

Many competitive exams have a limit to the number of attempts you are allowed to take. WIth the CA exam however you don’t have a limit to the number of attempts. The question therefore is how many attempts it takes for you to clear the papers. Also does it really matter how many attempts it takes?What company are you trying to get into where this matters? Will this make an adverse effect on your career? We will take a look into all these aspects in this article.

How many attempts are considered ideal when trying to clear the CA exams?

There is no magic number when you are trying to clear the CA exams, It depends completely on the standard and eligibility criteria of the organization you are looking forward to joining. For instance if you are looking at the big 4 such as Deloitte, Ernst & Young, KPMG or PwC then the criteria they would have are much more varied and complex compared to other companies.  This is mainly due to the fact that they have operations all across the globe.  So in this having more than one attempt may not work in your favour.

But with other organisations, every one of them requires CA’s, so very rarely will they have single attempts as criteria.

But do multiple attempts really matter?

To be honest yes it does matter how many attempts you take to clear your paper.

Why? There are two reasons - Personal impact and career prospects.

How does it impact on a personal level? The number of attempts is very important on a personal level. This is mainly because of time. You do take a lot of time and effort when preparing for the examinations. The impact it takes on your confidence is also huge and something that can’t be omitted. Also in addition to this each attempt is going to cost you money not just in terms of registration fees but also with coaching.

Now coming to job prospects which are the primary concerns that most people have, there are few companies and corporations who take into account the number of attempts.

Companies generally list their requirements when posting on a job portal when looking for new hires. So ensure that you check for the eligibility criteria, there might be companies that look for candidates that look for criteria. Some companies may need candidates who have cleared their exams in less than two attempts.

Does the number of attempts matter to recruiters?

For the placements helios by ICAI, they may consider the number of attempts. Even when filling up for the campus recruitment form, there is a section that asks how many attempts have been made.

Will multiple attempts dampen my chance of getting placed at a good firm/company?

As a CA it is next to impossible that you end up without a job. As mentioned earlier all companies whether big or small require a CA to manage their accounts. There is not going to be any dearth for Chartered Accountants. You may have to pay a few dues in order to get to your final destination.  You may not get into a great company right away but you will eventually get there. Such as being presentable and being well-connected, social and sociable with excellent leadership skills. Make sure you brush up on your soft skills when you have the time.

When you put in the hard work you are definitely going to be a successful Chartered Accountant.  Maybe you take more attempts than your peers but you will eventually reach there.

At the end of the day, know that if you work hard enough, then you are definitely going to go on to become a successful CA – whether it is in one attempt or ten attempts, you will get there. However, keep in mind that it is not easy to put oneself through so much mental stress over and over again. It will start affecting your physical and mental health in the long run. There is also the question of – what if you finally become a successful CA but do not enjoy the job at all? All these things converge into one big conundrum. What we’re trying to say, don’t push yourself over the top and do whatever feels right to you. If you think you can persevere through multiple attempts, go for it and if you think you’re done after just two attempts, that’s fine too. Either way, success is waiting for you.